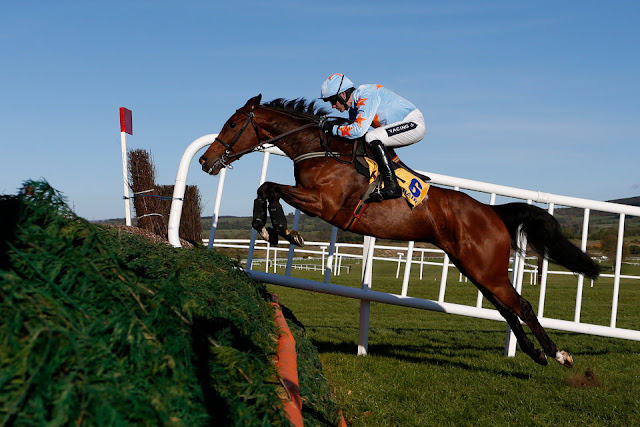 13:30  JLT NOVICES’ CHASE
Invitation Only can make this Willie Mullins 4th win in as many years.  He runs Kemboy also but he is at the wrong end of the handicap and our fella has been aimed at this race.  (NB: 6 or 7 year olds have won this race the past 7 runnings)

Finian’s Oscar may not be quite the each way price closer to the off time.  A wind op should help improve him together with first time tongue tie and cheekpieces – with a clear round, he might even get another course win

14:10  PERTEMP NETWORK FINAL HURDLE
Louis Vac Pouch has plenty of staying power which will be needed today and has been saved for this race

Who Dares Wins was 3rd in the Coral Cup last year, won a Cesarewitch trail in the interim and looks ready for this step up in trip

14:50  RYANAIR CHASE
Nothing needs to be said here about our win selection but should anything go amiss with Un De Sceaux’s race then Cue Card will be the most popular winner that Cheltenham will have seen in years

15:30  STAYERS’ HURDLE
Yanworth reverts to hurdling after a less than stellar foray (relative to his hurdling career!) over the chase course and has the advantage of previous course form (unlike Sam Spinner who has done his winning on flat courses)

16:10  BROWN ADVISORY & MERRIEBELLE STABLE PLATE CHASE
Venetia has won this race previously with a 50/1 shot and can do so again with a shorter priced runner in Willie Boy with Bryan Cooper booked for the ride and a nice light weight

Shanahan’s Turn is another Tizzard runner who has had a wind op (bulk discount from the vet that day?) who has a Galway Plate win under his girth.  2 miles last time on his first appearance for his new trainer was too short

16:50  MARES’ NOVICES’ HURDLE
Laurina is hot favourite and Willie Mullins is not at all shabby with his girls here but I believe Maria’s Benefit has been overlooked for this reason.  She has won her last 5 starts and the stable is in excellent form right now

17:30  FULKE WALWYN KIN MUIR CHALLENGE CUP AMATEUR RIDERS’ CHASE
Squouateur is another who has had a wind op since last seeing a racecourse and needs this test of stamina to show his best.  Jockey Jamie Codd has won 4 of the past 10 runnings

The Young Master can be capable if the mood takes him (he’s a sulker) and is back down to a winning mark . He has won here before and loves the mud