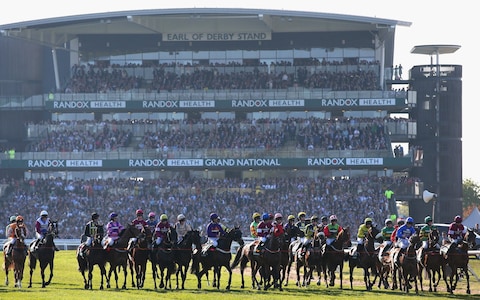 Here we are again, searching through the 40-strong Grand National field to find that one runner who will win the world’s most famous horse race and put horse racing on the front page of the Sunday papers.

We’ve been applying statistics and racing smarts in our attempt to unearth the winner of the race where you need luck as much as anything else.  To make it even more of a challenge, the going looks set to be heavy (soft in places) this year with further showers forecast to keep it that way.  Stamina is not an optional extra!

As ever, I’ll begin by weeding out a good number of the runners using some trusty trends:

This has no effect as any falling into this range are already off our list!

Has run in at least 10 chases

We are now down to half the field – 20 runners, having lost none of any great significance in that last round

Has run between 3 and 6 times since August

This stat will probably take on greater significance with the stamina sapping going favouring a horse who hasn’t been overexposed in recent weeks and months.  The winner is going to need reserves of energy for that final run in.  On the other hand, the preferred age of our winner means that he’ll need more than one recent run to get to prime fitness for this – a balancing act!

We now have a lucky 13 to take a closer look at:

Buywise is perfectly happy on heavy ground but not at these long grinding distances when the jumping errors start to creep in.  He came 12th here in this race 2 years ago and the trainer says he’ll be pleased just to see him get round in one piece

Carlingford Lough is an Irish raider so will have no problems on the rain-soaked ground. He hasn’t shown much this season though with some dodgy jumping and 2 out of 4 non-completions.  Stamina isn’t guaranteed for this distance.

Chase The Spud won the Midlands National (4m 1½ f) last year and was still staying on at the end (soft going).  He has won on heavy but was been pulled up the last twice following two consecutive wins.  The trainer’s recent and course form doesn’t inspire huge faith but if this runner rediscovers his form then he could be a big priced each way chance

Final Nudge was last seen out at Cheltenham Festival where he ran out of steam in the Kim Muir chase.  He isn’t a forlorn hope though judging from his Welsh National performance (3rd) and is unexposed at these long distances so it could just be that he’s an ‘Aintree horse’ who didn’t take to Cheltenham. Potential at an each way price

Gas Line Boy is most definitely an Aintree horse, having won here in December and shown up well in the 2017 running of this race (he was hampered on more than one occasion which did for his chances).  He is fine on heavy ground and thought his jumping can be erratic, the stable is in good form and he has had a quieter preparation this year to leave him with more in the tank …..but I can’t help thinking his best chance may have been last year.

Houblon Des Obeaux Venetia Williams knows how to win a Grand National (2009 Mon Mome) and although this runner has performed will on soft and heavy ground and over longer distances, he hasn’t when both are combined!  Not in my top 6

I Just Know Sue Smith is another lady who knows what it takes to win a Grand National (Auroras Encore 2013) and it looks like she has another contender lining up tomorrow with I Just Know.  Although young, he can stay and is an excellent.  He has only one style of running – at the front - and although this will keep him out of trouble, it will need a heart of oak for him to stay there – he could do it though!

Milansbar just might be the horse that carries the first winning female jockey to victory in this race.  He is one of the older wiser runners lining up who likes to go to the front.  His second in the Midlands National this year confirms his stamina and dispels any ground concerns.  He carries just 10-6 which will be a big help if he gets to the last 2 furlongs but has had a busy season and I would be worried that four 3m5f+ races since Christmas may leave his reserves depleted despite the low weight.  If I’m wrong however (and the stable has been quiet lately) then he has as good a chance as any favourite.

Perfect Candidate fits all the stats so gets a mention. Regular partner Paddy Brennan is on Chase The Spud today – ‘nuff said!

Regal Encore * Might decide he wants to win or he might decide he’d rather be tucked up in his stable!  He has the ability to play a big part here and on is on the same mark as last year when he stayed on to take 8th.  Richie McLernon seems to get on well with his though and if he’s ridden closer to the pace this year and stays interested then he has a chance – he isn’t too exposed either.
* NR vets Certificate (Blood Analysis Not Normal)

Tiger Roll is all about stamina and is as game as they come.  Davy Russell takes the ride for Gordon Elliott and classy as he is, he doesn’t do especially well here.  I have the feeling that Tiger Roll may be a ‘Cheltenham horse’ having won at 3 festivals and would prefer better ground.

Vieux Lion Rouge is a name to give me déjà vu, having appeared in the last two runnings.  However, he hasn’t been anywhere near the form that he was in his form in the previous seasons has far outshone this years and he just doesn’t look the force of old.  I can’t see him lasting the distance this year.

Warriors Tale is a clever jumper who trainer Paul Nicholls says might need better ground to get this trip.  He is young enough to still be improving though and if the going isn’t as bad as forecast then this one could outrun his odds.  If not this year then look for him in 20191

Good luck with whatever you choose and may all runners and rider return home safe and sound.