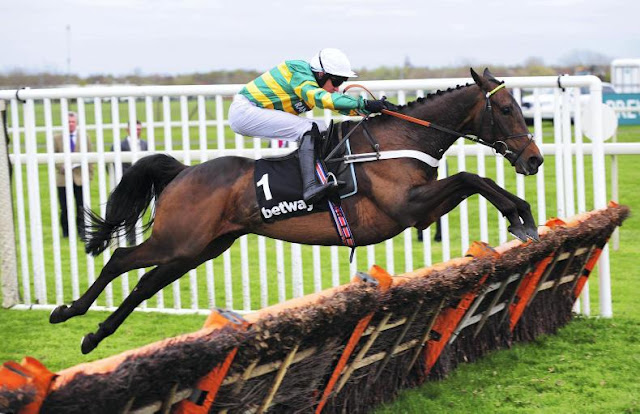 
Willie Mullins and Ruby Walsh have won his race 3 of the past 5 runnings so with Getabird showing a frightening turn of foot last time out (same conditions) and an abundance of stamina, he can win this.

Paloma Blue ran too freely last time at Leopardstown so if finding some cover in this larger field, he can run into a place.

OK, so we have two bankers of the day with Apple’s Jade joining Buveur D’Air for the honours.  She is the returning queen of hurdles and has made short work of most of this field at one time or another.

This race could be a war of attition – 4 miles on heavy/soft going!  Miss Parfois looks to be a ‘wind her up and let her go’ horse who should keep on going on ground she’s won on before – she’s only ever been out of the places on 2 of her 13 starts

Rathvinden hasn’t a problem with the ground and had is not been for the UR last time out, might well have been my first choice.

Mister Whitaker is that rare breed – a Mick Channon chaser!  He has a decent enough strike rate here with them though and this course winner has taken to chasing (form reads 3-1-2-1) and can go well if coping with the going.

Livelovelaugh won’t have such ground worries and this drop back in trip will suit. Won’t be able to boss the field here though although he’ll likely try